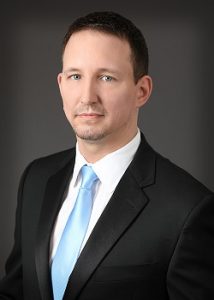 Attorney Christopher Cadem has filed an appeal of a Hennepin County Harassment Restraining Order case (HRO) asking the appellate court to order the district court to accept the case. In the case, two separate district court judges refused to permit our client’s meritorious claims of harassment to move forward simply because she was simultaneously going through a divorce with the harassing individual.

The judges appeared to believe that such a case was better suited for family court given that there were overlapping issues. The judges then dismissed the two separate petitions without even granting a hearing.

“Unfortunately, we are seeing this more and more often. Under Minnesota Statute § 609.748, a district court judge does not have the discretion to deny people access to the court system simply because the judge has the opinion that the matter should be handled differently. Family court does not offer immediate results, and a violation of a family court order does not include criminal liability. Family court and harassment matters simply are not comparable. There is a reason the Harassment Statute is found within the criminal code and not the family law statutes.”

The matter will soon be briefed at the court of appeals and set for oral argument. An update will be posted here when the Court of Appeals rules on the appeal.